The Beauty of the South – Part 1

So over time I have taken a lot of photos, posting it on Instagram and facebook. You might catch some highlights – but in most cases you are not able to really see what i produced.

Over the last few months I have been capturing landscapes and memorable scenes. Through this post i’m hoping to show you why I took these.

Vote which one you think is best:

So I have been driving past this bath-tub for many times – always saying to myself i need to go there with my camera and shoot it.
And so i did! Among some other beautiful landscapes.

Travelling there to check a newly discovered terrace “Taverne de Grenssteen” – we actually walked over to this epic view of this tiny picknick table just standing there – with an incredible backdrop view. It was really storming outside, therefore the dramatic cloud effect just made it perfect.

I already took a photo here during summer – as i was just mesmerized by the scene; as if you are in a part of France. During spring blossom, the Magnolia blooms for 2 weeks – giving even a more epic sighting. That is what i tried to capture!
One of the pictures has got a bit more blurry / fairytale like look – this is where i put my ND-Filter on to allow for long exposure – giving it the fairytale edge. Adding also the summer photo’s just for comparison…

So this used to be a part of Maastricht which was covered in quicksand. Currently it is open land and it has dried up. The gate, which used to be a fully functional gate to enter company premises – now just remains there in a rusty pile of rubble and some weird ass stuff attached to it. I was driving past this and then i was like wtf is this and had to capture why it actually mesmerized me? Do you get it?

Again through a mountainbike trail leaving from Maastricht – we drove past this (still active) “marl quarry” and some old barracks which also just captivated me. Had to go back here as well, to capture this beauty 🙂 Actually was so intrigued to go take a peak into the quarry – and actually found two gold-diggers with a pickaxe targeting to find gold (or fossils) 🙂

A major forest has got all kinds of mountainbike trails going through it, which is awesome. I did discover also this lake – which i had to go back for. I did and used long exposure to create that smoothening of the water. I specifically love the panorama. For the white flower-tree is also with long exposure – again giving this fairytale look as if there is something BAD about to happen!

So this place I went to just to take a walk through. It’s actually a combination of wild woods and sandlands. It is as if you are walking in the dunes of Schoorl (nothern part of Netherlands) – but without the sea around. Actually almost stepped on this little toad – all completely covered in sand… 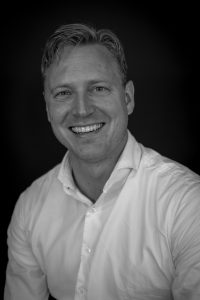